An international community of teachers and professionals who promote animation education

“To be an animator is to be a student of everything.”

Animator, Historian, Professor of Animation at University of Southern California

He has taught animation at USC, UCLA, Cal Arts, AFI, Woodbury and Santa Monica College. He was chair of animation at USC, on the Board of Governors of the Motion Picture Academy of Arts & Sciences. He is the author of several books, including: Drawing the Line: The Untold Story of the Animation Unions from Bosko to Bart Simpson, Moving Innovation: A History of Computer Animation, and Eat, Drink, Animate, An Animator’s Cookbook. He currently teaches in John C. Hench Division of Animation + Digital Arts, University of Southern California.

Dori Littell-Herrick is a founding member of the ASIFA-Hollywood Animation Educators Forum (AEF) and joined the ASIFA-Hollywood Board of Directors in 2011. She serves on the AEF Steering Committee and chairs the Scholarship Committee which distributes scholarships around the world. Dori spent 28 years in the animation industry as artist, production supervisor, assistant director and creative executive. As an animation artist, her feature credits include Ferngully and The Little Mermaid. She was assistant director on numerous commercials including Trix Rabbit, Keebler Elves, Tony the Tiger, and Raid Bugs. Her TV credits include the original He-Man and She-Ra series

In 2000, Dori returned to the UCLA Animation Workshop and received a Masters of Fine Arts in 2004. She joined the faculty at Woodbury University as Chair of Animation in 2005 and retired in 2017 as Professor Emerita. She is committed to supporting the animation education community worldwide.

Harvey Deneroff is a retired professor of animation and cinema studies from the Savannah College of Art and Design. An industry brat, he was founder and past president of the Society for Animation Studies. He is currently writing Popeye the Union Man: The Rise and Fall of the Screen Cartoonists Guild for the University of California Press. Harvey was editor of Animation Magazine, AWN.com, ASIFA-Hollywood’s Graffiti, and The Animation Report, an industry newsletter he published. A regular contributor to The Hollywood Reporter and Animatoon (published in South Korea), he also wrote The Art of Anastasia (HarperCollins, 1997) and co-authored Fred Ladd’s Astro Boy and Anime Come to the Americas: An Insider’s View of the Birth of a Pop Culture Phenomenon (McFarland, 2008) He was festival director of The Week with the Masters Animation Celebration, in India, and coordinator of the 4995 Ojai Animation Conference. Harvey also chaired the Animation Educators Forum’s Steering Committee

Patrick Despres, a founding member of the Animation Educators Forum, has served as its Secretary, Archivist and Designer. Since 1998, he has taught drawing, design fundamentals and art appreciation. At Brooks College Long Beach and Westwood College LA/Anaheim, he specialized in teaching beginning animators, game artists and designers how these essential skills could be used in their careers. He was also a key contributor to the redesign of their Animation, Game Art and Graphic Design programs and assisted in ensuring their approval by various accrediting agencies. So far, his only foray into the entertainment industry came in 2008 when he served as a Set Production Assistant for the Comedy Central television show Lewis Black's Root of all Evil.

Patrick has a BFA Fine Arts in Art Education from the University of Massachusetts Dartmouth, and a MFA from Washington State University. Since coming to Southern California, he's informally acquired a tremendous range of knowledge about things he never even dreamed of... and hopes he can continue to do so far into the future.

Karen Sullivan is Director of the First Year Studio Program at Ringling College of Art and Design’s Computer Animation Department, overseeing curriculum and faculty for Computer Animation, Illustration and Game Art. Her passion for very short stories has played a key role in Karen’s development of the department’s story curriculum, where the student animations run 2-4 minutes. Animatics from her preproduction courses have morphed into Student Academy Award winners and films screened at ACM SIGGRAPH and international film festivals. She is lead author of Ideas for the Animated Short: Finding and Building Stories (Focal Press), and has written articles on computer art, animation and innovation for SIGGRAPH’s Computer Graphics publication. The longest project Karen has boarded for is Max Lucado’s Hermie and Friends series, running 60 minutes—she’ll stick with shorts. She has spoken at multiple conferences and companies on the short story, including SIGGRAPH, SECAC, Disney and J.P. Morgan. She has also been an invited lecturer for more than a decade at National Yunlin University in Taiwan.

Animation Artist, faculty at Savannah College of Art and Design

Lee Crowe was born and raised in the Atlanta area. After getting her BA in Art from LaGrange College in Georgia, she went to Sheridan College in Oakville, Ontario, and then moved to L.A. Her first animation job was at Tom Carter Productions with story artist Floyd Norman and production supervisor Leo Sullivan. Her first long-term job in the movie business was at the brand-new Film Roman, working as a production assistant on the "Garfield" half hour specials. She has since worked for Richard Williams, Disney, Dreamworks, Warner Brothers, Fox, Nickelodeon, and many other studios in various capacities. She has been teaching animation classes at the college level since 2004. She has her MFA from Savannah College of Art and Design and currently teaches there full time.

Mike Libonati works in 2D and 3D development in Los Angeles for various clients in both for both film and television. He has worked on projects for Disney Features, Cartoon Network, Universal and Fox. He has also worked on renderings for architectural lighting design on projects such as the Coex Mall in Korea, Asia’s largest underground mall and Tesla Motor Company in Los Angeles. In addition to his professional work, Mike has been an animation and visual effects teacher for over 15 years. His students have had their work presented at Siggraph, CTN Animation Expo and various film festivals throughout the country. Mike has also been a consultant for the City of Los Angeles on animation curriculum and is passionate about teaching production techniques to students. He has a Master’s Degree from CalArts in Experimental Animation.

As the CEO and founder of the global animation studio, Animation Libation Studios, Michael Bonitatis is engaged in promoting newly emerging artists from around the world. Additionally, he has collaborated with industry veterans from Disney, Dream Works[HD5] , Sony, and Nickelodeon to develop multiple projects. Serving as the Art Director for the University of Southern California Keck School of Medicine, Michael has produced and directed animations and presentations for Fortune 500 companies. Slope of the Curve; an animated short film he produced and animation directed is featured on CNN money. Michael has been a professor of computer-based and traditional animation and animation production for over a decade at several local colleges including East and West Los Angeles College, The Art Institutes, Cal State Northridge, Cal State Fullerton and The Los Angeles Film School. He has also developed and implemented curriculum, led production teams, and served as a consultant in the animation education field. Michael holds a M.F.A. for Animation & Visual Effects from the Academy of Art in San Francisco. He is currently the festival Director for the revival of 'The World Animation Celebration' at Sony Pictures Animation and rapidly establishing it as the premiere animation festival in Southern California.

Character FX and Surfacing Artist, Associate Professor in Animation and Games, University of Texas at Dallas

Monika Salter comes to ATEC from the animated feature film industry, where she spent 15 years working in the areas of Character Effects and Lighting. Known as Monika Sawyer in the professional world, her film credits include Blue Sky Studios’ Epic, Rio, Horton Hears a Who, and several Ice Age sequels including Ice Age: Continental Drift and Ice Age: Dawn of the Dinosaurs.  Salter has spent the last six years working with Dallas-based film studio Reel FX Creative Studios as Character Effects Supervisor. Here, she has helped the studio establish and grow a new Character Effects department for their latest feature film pipeline. Her film projects with Reel FX include Free Birds, Rock Dog, and their Golden-Globe nominated film Book of Life.Salter received her BA from the University of Wisconsin, Stevens Point, and an MFA in Computer Art from Savannah College of Art and Design in Savannah, Georgia.

Charles DaCosta teaches Animation History and Theory at the Queensland University of Technology in Brisbane, Australia. Previously he taught and led programs across several institutions in North America, Europe and Africa. As New Media Manager at the University of Reading in England, he was instrumental in the school’s transition to online learning. Charles was also Project Manager at the Centre for International Technology (CITE), a division of the European Commission's MEDIA initiative. He is the author of Framing Invisibility: Racial Stereotyping and Selective Positioning in Contemporary British Animation. Passionate about stop motion, Charles believes filmmaking is ultimately puppetry. Charles received an MA in Media Technology Administration from the London College of Printing (now Communication), University of the Arts London and a PhD in Animation from the University of Brighton and University for the Creative Arts. 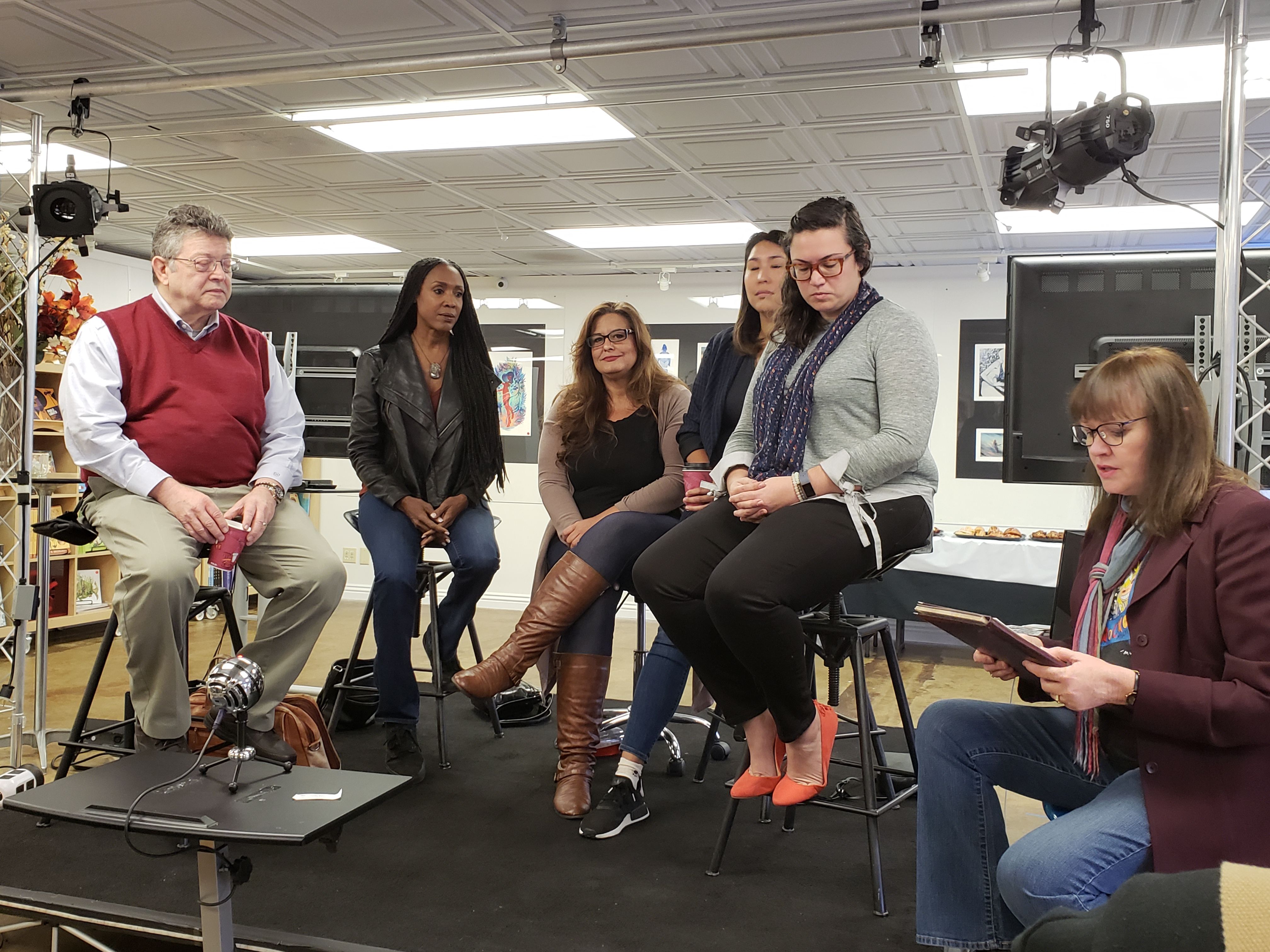 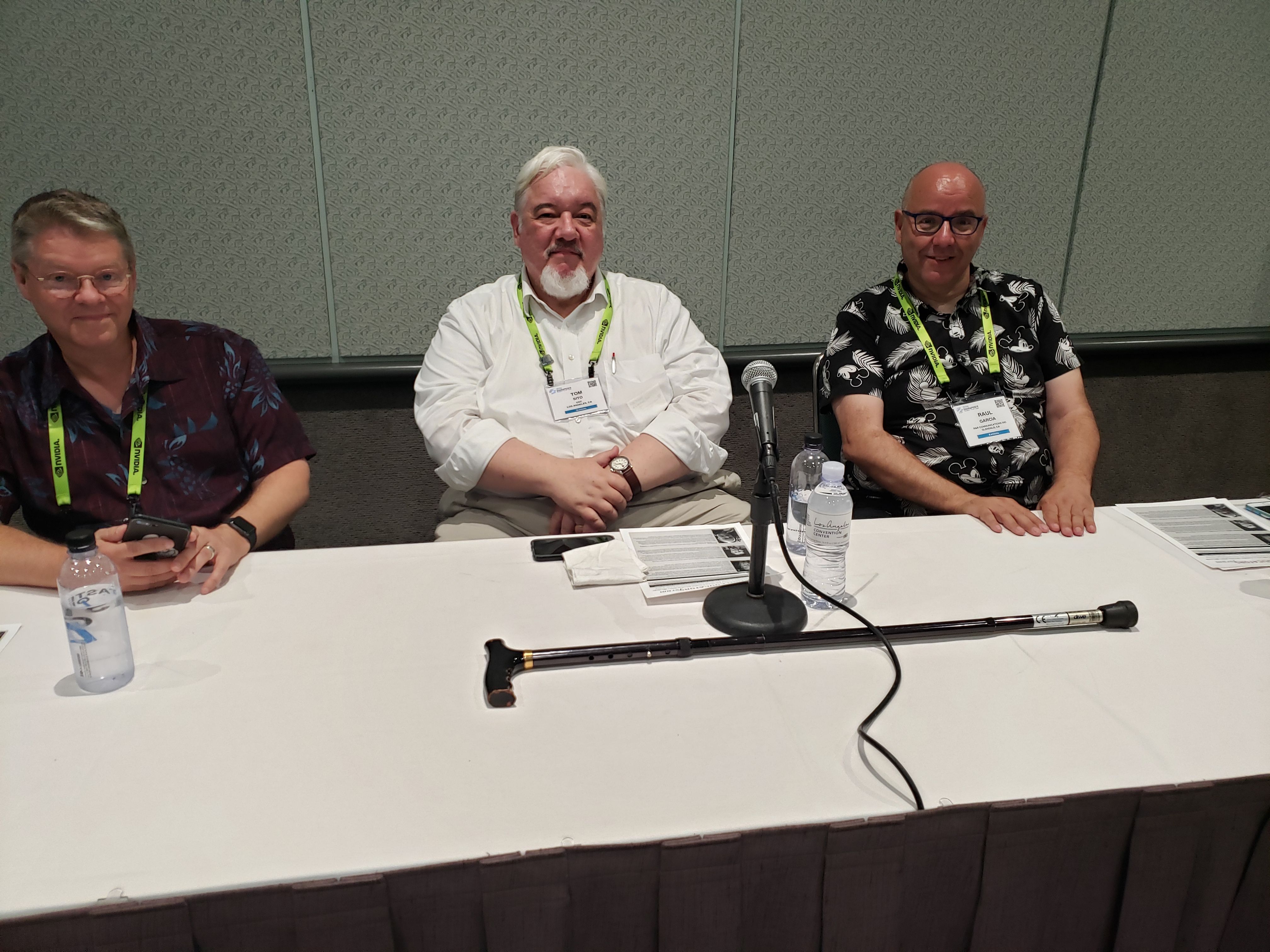